Comedy, Khanevadegi
+12
+ Playlist
Sign in to add this tv show to a playlist. 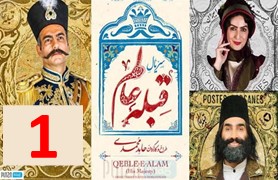 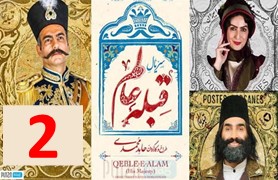 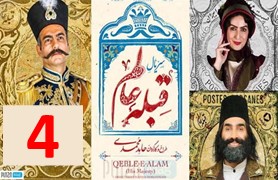 The Iranian Serial Ghebleh Alam (سریال قبله عالم) is a new series on the Home Theater Network, directed and written by Hamed Mohammadi and produced by Manouchehr Mohammadi, which aired in August 1400; Hamed Mohammadi, after writing the scripts of gold and copper and painting pool and making left-right movies, four fingers, oxidants and angels come together in the first experience of serialization in home theater has reached a less heard part of the personal life of Ghebleh Alam. The series has a foreign actor named Marin van Hulk, a prominent Dutch artist who has been living in Iran for several years due to his theatrical activities and joined the cast of the series Ghebleye Alam (سریال قبله عالم) directed by Hamed Mohammad; Marin was also nominated for Best Actress for her performance in the play From Basement to Roof (Fish Legend) at the Fajr Theater Festival; This series is about the life of Nasser al-Din Shah Qajar in the Tabatabai house of Kashan, one of the buildings related to the second half of the 13th century AH; The summary of the story of this series states: Naser al-Din Shah, nicknamed the Qibla of the world, longs to achieve the elixir of the water of life; The elixir is prepared by a special doctor, but by drinking it, events occur that are the basis of the comedy, fantasy and family series of Qibla Alam.

Be the first to review “Gheble Alam Series” Cancel reply