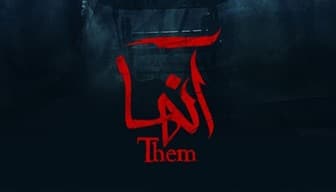 Horror, Tarsnak, Thriller
7.1K views
+10
+ Playlist
Sign in to add this tv show to a playlist.

Newest Episode: 15
Watch Now
+ Playlist
Sign in to add this tv show to a playlist.

Mini-series Anha (سریال ایرانی آنها) is a horror Persian series produced in Iran for the home theater network, directed by Mehdi Aghajani and Milad Jarmouz, which is produced in ten episodes by Parviz Parastavi and is published every week by Dosti Media; Mehdi Aghajani, screenwriter, director and senior director of directing at Tehran University of Arts, has started making their series after making a series of short films that were well received on the home theater network; In addition to making short fiction and animation films, Mehdi Aghajani has won awards at important domestic and foreign festivals in his artistic career.

Be the first to review “Anha Serial” Cancel reply