1994103 minBiography, Ejtemaei, Ghadimi
+ Playlist
Sign in to add this movie to a playlist.
0

The film Under the Olive Trees in the village of Kokr, Hussein goes to propose to a girl named Tahereh, but because he has no home, they give him a negative answer. That night, an earthquake left all the villagers homeless. In homelessness, Hussein sees himself as equal to everyone and is happy. Seven days later, at the head of the tomb of “God have mercy”, Hussein realizes that Tahereh and her grandmother are alive. A group comes to Cocker to make the film. Hussein works with them. Tahereh is selected to play the role of Hussein’s wife. Tahereh finally agrees to play alongside Hussein, but does not say a word to Hussein outside of the forced conversations about her role.

Be the first to review “Zir Derakhtan Zeytoon” Cancel reply 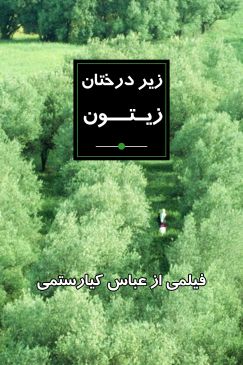