199191 minEjtemaei, Ghadimi
+ Playlist
Sign in to add this movie to a playlist.
0

Life and No More Three days after the June 1990 earthquake in Gilan province, a father and son are leaving Tehran for the earthquake-stricken area, where Babak and Ahmad Ahmadpour, the actors in the movie “Khaneh Doost” are going. Because of the traffic jams, they are forced to take various side roads to reach the village of Cocker, where the boys live. Ahmadpour’s father and son do not see them until the end of the film, but they get news of their health. The story of the soundtrack Many years ago, Hossein Alizadeh composed the music for the film “Life and Nothing Else”; But according to Alizadeh, in an interview with Javad Tusi in the film magazine, both did not succeed due to a childish stubbornness. “I wanted to get the music back, and he [Kiarostami] gave it back,” Alizadeh said in the interview. Later, I published it myself as “Avaye Mehr”. First of all, everything went very well and I made music with love for two weeks and there was no financial discussion at all. “Only I did not want my contractor to be the center of intellectual development.” According to Alizadeh, in Kiarostami’s films, what is undecided is music, and Mr. Kiarostami does not notice how much music is hidden in his images, so he becomes the mastermind of other music and eliminates it altogether. 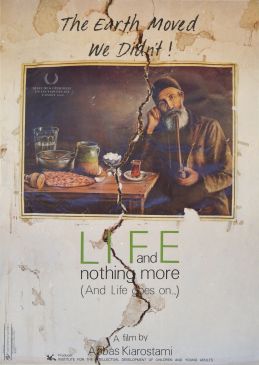