201193 minEjtemaei, Khanevadegi
+ Playlist
Sign in to add this movie to a playlist.
0

Private life: In the movie Private life: Ebrahim Kiani is one of the first enthusiastic revolutionaries of the revolution and we see excerpts from his life in these thirty years: he was active in anti-Persian and anti-veil demonstrations and acted strongly against others. As much as he recommends, he has held important positions in prison and in the judiciary, and his footsteps have been drawn to a major financial affair. It is clear from the age of their children that their marriage is less than ten years old and they have an intimate relationship. He attends a dinner party with his wife, hosted by Mr. Rasouli, a modernist with a tie, and takes him to visit Haj Saffarian to reconcile them, but the opposite is true. At the same party, a young woman named Parisa Zandi meets him and then goes to the newspaper office to give a story. In his private life, actors such as Farhad Aslani, Hanieh Tavassoli, Laia Zanganeh, Atila Pesyani, Amir Aghaei, Saeed Nikpour and Kazem Hajirazad have played roles and acted.

Be the first to review “Zendegi Khososi” Cancel reply 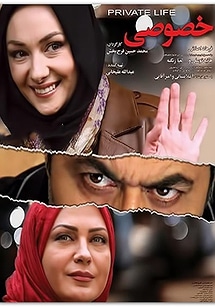