201890 minComedy, Khanevadegi
+ Playlist
Sign in to add this movie to a playlist.
0

Zandebad Khodam: Zandeh Bad Khodam is a comedy and family film directed, written and produced by Seyed Mohammad Reza Mumtaz, which was shot in Isfahan in 2017 and released in the winter of 2016. It is the story of a retired teacher who tries to get his years of service so that he can send his daughter home. , Ali Kazemi, Masoud Zanjani, Shahrbanou Mousavi, Mohammad Sohrabi, Hanieh Ashtari, Mehdiollah Dadian and اند have played other roles: Director of Photography: Ebrahim Moradi, Makeup: Arash Mohammadi, Sound Recordist: Faramarz Mokhtari, Production Manager: Hossein Ghiasi, Photographer: Ali Abedi, one of the actors, Long Live Myself, have experienced their first serious acting activity in this work, in fact, in Long Live Myself, they were the first two films: Shahbano Mousavi and Mehdi Allah Dadian.

Be the first to review “Zende Bad Khodam” Cancel reply 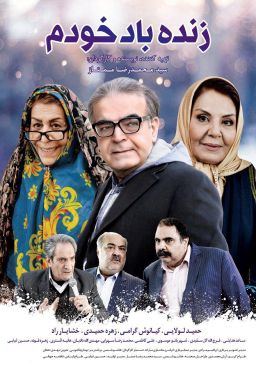