Bulletproof: The story of this film is related to the mid-60s and the peak of the imposed Iran-Iraq war, which tells the story of a man in his 50s in Tehran who is smuggling Los Angeles tapes and videos and accidentally finds out that a tumor It is in his head and he will not live for another two months. About the director: Mostafa Kiai is a writer in Iranian cinema and television. He was born in 1976. Among the most important works of Mostafa Kiai, we can mention his activities in the film Barcode, the film Special Line and the series Dot Sar Sar Khat. Mostafa Kiai started his career in cinema and in 2009, at the age of 33, he worked as a director in the movie Afternoon Dog. Although the success of this work was not more than his next landmark works such as the film Barcode, but it is a good experience for Mostafa Kiai and he experienced collaboration with artists such as Reza Attaran, Majid Salehi, Bahareh Rahnama and Saeed Agakhani.

Be the first to review “Zedde Golule” Cancel reply 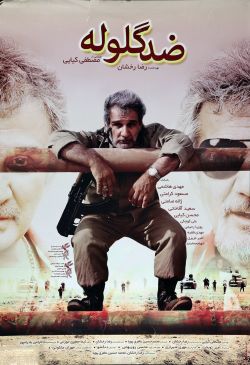