Zabarjad: In the summary of the story of Zabarjad, Nasser, who works in a motor courier and is considered a kind of employee there, in a robbery, he meets a person named Atabaki and for this reason, he is accused of stealing and he Because he was innocent, in order to be able to prove that it was nothing and that he had no role in this theft, he was forced to fight the obstacles in his way ه Hani Salmani is currently in charge of editing and according to the plans He will finish it in the next two weeks. A motor courier office in Mirdamad, a house near the management bridge, and a house in Shariati were among the final locations. Hamid Lolaei, Mehdi Aminikhah, Afsaneh Naseri, Ebrahim Koukhaei, Sima Motalebi, Maral Farjad, Ramsin Kibriti, Abbas Ghasemi and Mahmoud Maghami are the main actors of this project. This telefilm is being produced for broadcast on the home theater network and television, and its other main factors are:

Be the first to review “Zebarjad” Cancel reply 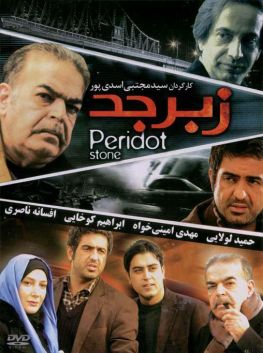