198894 minEjtemaei, Ghadimi
+ Playlist
Sign in to add this movie to a playlist.
0

Yellow Canary: A young shoemaker named Nasrullah Madadi, who lives in a small town, sells his share in a shoemaker to buy a piece of land and cultivate it. The land he promises to be sold to another person in Tehran with a forged document. Nasrallah realizes when the Tehran buyer workers are working on the land. Nasrullah travels to Tehran with his wife and children to pursue the case and lives in his father-in-law’s house; But it does not lead anywhere… Rakhshan Bani-Etemad is the director of Iranian cinema and television. He was born in 1333. Rakhshan Bani-Etemad’s most important works include directing Tales, Blood Play and Blue Scarf. Bani-e-Etemad started his career in cinema and in 1987, at the age of 33, he worked as a director in a film outside the limits. 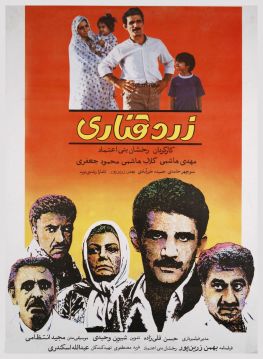