The five young inventors of the country plan to go to Italy after registering an important invention, but one after the other, Nahal and his wife Hamed are members of a group of young scientists who have been invited to Italy to invent. In the last days before the trip, Hamed’s illness culminates due to an accident, and the incident behind the incident puts the group’s trip in crisis. But as you watch the film, apart from this incredible story and the sequence of events that fall behind the wall, the moral dilemmas and confrontations of the people involved in this story that only exist to make a Farhadi-like film, details are woven into the text of the story that is subtly And they have been carefully paid and you will not be upset when they remind you of Farhadi’s works. Yellow Film participated in the competition of the International Film Festival of Russian Art and won the two main awards of the festival, namely the award for the best film and the best screenplay. Zard also won the Grand Jury Prize and the Best Actress Award at the Shanghai International Film Festival in the competition category. Zard won the best film in the eyes of the audience at the second Shad Film Festival.

Be the first to review “Zard Iranian Movie” Cancel reply 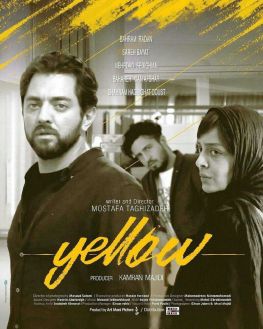