201585 minComedy, Ejtemaei
+ Playlist
Sign in to add this movie to a playlist.
0

A football team belonging to the people of Ramyan, which was active in the third division of the country, is promoted to the second division. Saeed, played by Javad Ezzati in the main role, suffers a tendon injury in the last moments of the last game and his health is endangered. It is a happy and lively film that is a good thing among the gloomy productions of Iranian cinema. Borzoo Niknejad was able to use the comic capacities of actors such as Mehranfar, Moghaddami, Raminfar and Jafari to create good and fun moments. The acting of the film’s boy, Mahan Nasiri, who shone most in “Yahya Didn’t Keep Silent,” is still great. Zapas film makes the viewer feel good, and it is one of those films where the viewer is relieved when he leaves the cinema, as if he has been breathing for an hour in the open and clean air of the north of the country. A film with a soft and gentle story that uses the sport of football to combine elements of modern and traditional life.

Be the first to review “Zapas Iranian Movie” Cancel reply 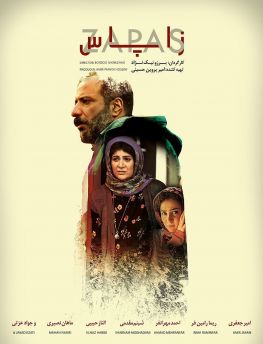