2007Ejtemaei, Ghadimi
+ Playlist
Sign in to add this movie to a playlist.
0

This film is about the love life of Mahtab (Nikki Karimi) who is dragged into a crisis when news arrives. People from the forgotten past each step into the story, each with a different definition of love and truth. The accident overshadows everything. Bahram (Mohammad Reza Forootan) and Mahtab are in a difficult choice. Choosing between themselves and others, love and selfishness, wanting or not wanting… The filmmakers’ efforts to turn a literary text into a cinematic work should be auspicious. It is hoped that this view will be transferred to other screenwriters and directors in Iranian cinema. Of course, it should also be borne in mind that the correct choice of a prolific and capable literary work also plays an important role in the formation of a good adaptation film.

Be the first to review “Zan Dovvom” Cancel reply 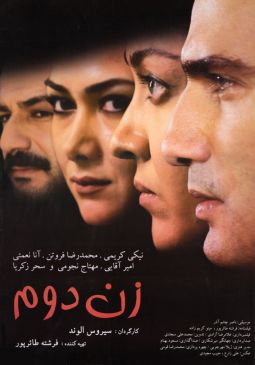