201599 minEjtemaei, Ghadimi
+ Playlist
Sign in to add this movie to a playlist.
0

Time to delay: “Azizi” is preparing to build a factory that will face serious obstacles. On his way back to Tehran, “Mustafa”, the CEO of this factory, meets a girl who takes him to an unknown place… About the director: Seyed Ruhollah Hejazi is the director of Iranian cinema and television. He was born in 1979. Among the most important works of Seyyed Ruhollah Hejazi are the directing of the film “Living Together” by Mr. Mahmoudi and the Lady, the film “Death of a Fish” and the film “Hihat”. Ruhollah Hejazi started his career in cinema and in 2007, at the age of 28, he worked as a director in the film Among the Clouds. Although the success of this work was not more than his next landmark works such as Mr. Mahmoudi and Banoo, but it is a good experience for Seyyed Ruhollah Hejazi and he collaborated with artists such as Elnaz Shakerdoust, Younes Ghazali, Reza Mokhtari and Bahman Ayouq.

Be the first to review “Zamani Baraye Darang” Cancel reply 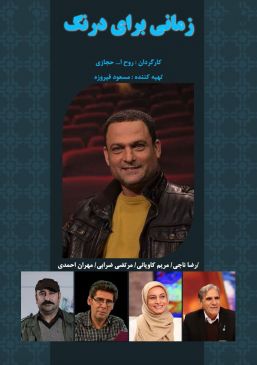