Joseph’s brothers, jealous of their father’s love for Jacob, throw him into a well. A caravan rescues Yusuf and a few years later, he is sold as a slave in the Egyptian market. “Zulaikha” falls in love with Yusuf and is imprisoned in an incident by a beloved Egyptian (Zulaikha’s husband). Seven years later, he was released from prison for interpreting Pharaoh’s dream and reached the beloved position of Egypt. At the same time, he saves the Egyptian nation, which is in danger of famine and destruction, with a wise method. Old Jacob finds his lost Joseph after many years, and Zuleykha, who has become an ugly old woman, regains her vitality by meeting Joseph. In Yousef and Zuleikha, actors such as Parvin Khairbakhsh, Junit Arkin, Amir Fakhreddin, Taghi Zohori, Ali Zandi, Yasmin and Mohammad Reza Rafiei have played roles and acted. In the film Yusef and Zulaikha, about 11 actors have gone in front of the camera, which in terms of the number of actors, can be considered Yusef and Zuleikha as a multi-actor work. From this point of view, directing the film Yousef and Zuleikha has been a very difficult task considering the number of actors and their management.

Be the first to review “Yousef Zoleikha” Cancel reply 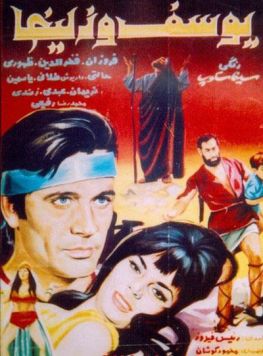