The movie One Wants to Talk to You: A car accident forces Leila to face her past again, and this confrontation puts her in the face of ups and downs. I already knew Manouchehr Hadi by making quarantine in 2007 and as a director. However, Asghar Farhadi’s assistant on Wednesday in Syria was supposed to bring him valuable experiences. Someone wants to talk to you! It is his second work and the world of hope is the last work of Hadi that has not been released to the public yet. Of course, this Ramadan (August 2012), his first serial production went on the air, which was called Goodbye Baby, and was met with a lack of audience acclaim, which marked a failure in the record of this young director. From a narrative point of view, it should be said that the film is a straightforward and noiseless narrative in which sub-events are not very visible. The suspense and knot in the main subject of the story is such that it has been able to carry the burden of the film. 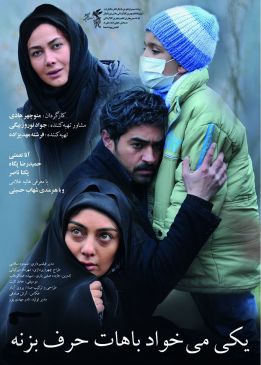