201182 minAction, Khanevadegi, Thriller
+ Playlist
Sign in to add this movie to a playlist.
0

A Line of Reality: A young journalist who wants to reveal an old secret, but the film “A Line of Reality” deals with the hypothesis that exists about the world of intellectuals and cultural strata in the country, and that is the hidden and overt financial support of foreign agents under the headings It is humanitarian. This issue caused many critics to take a stand against this film. The publication of an article titled “Intellectual Media” in the Iranian newspaper was an example of this kind of attitude. Some critics also argued that the film could have a broader dimension than social and even political problems. The film had many side effects, the most important of which was the director’s revelation about the behind the scenes of the film. In a line of reality, actors such as Hossein Yari, Mehraveh Sharifinia, Homayoun Ershadi, Reza Naji, Mina Jafarzadeh, Shiva Khanyagar and Reza Banafshehkhah have played roles and acted.

Be the first to review “Yek Satr Vaqeiat” Cancel reply 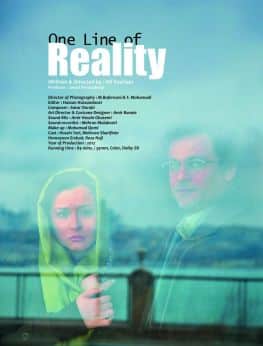