201584 minDrama, Khanevadegi
+ Playlist
Sign in to add this movie to a playlist.
0

Two old thieves are released from prison after years. Hoping to get their share of the latest theft, they go to the woman who was their accomplice, but the woman spends the money to play in a movie and the old men are forced to steal again against their will, while the situation has changed during the years they have been in prison. And electronic devices hinder their success. The story is narrated by Jamal and Kamal, who have been stealing in various ways for many years. In the meantime, these two have been arrested and sent to prison many times. They are sent to prison. When they are released from prison, a long time has passed and nothing is the same.

Be the first to review “Yek Dozdi Asheghane” Cancel reply 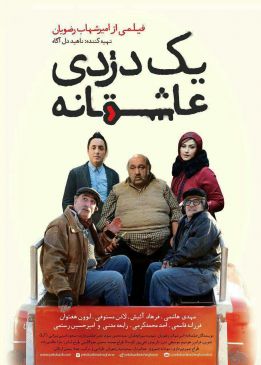