At the beginning of World War I, when the whole world was involved in an unintended and brutal war, Iran declared neutrality, and from 1295, the country suffered from food shortages for three years, known as the Great Famine. Meanwhile, a person named Haj Abolfazl establishes orphanages where orphans are cared for. He has a son named Mohammad Javad, who takes over the management of the orphanage after the death of his father, and becomes the flag bearer of the struggle against foreign forces. The film tells the story of the chase of Mohammad Javad and a British man who is one of the commanders of the Dunsterville Army in Iran. It tells the story of the great famine and drought in Iran, which took place between 1296 and 1299, during the First World War, during the occupation of Iran by Russian and British foreign forces.

Be the first to review “Yatim Khaneye Iran” Cancel reply 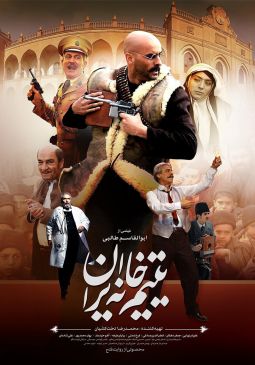