Fifth reaction: Fereshteh loses his wife Saeed in an accident. Her father-in-law, Haj Safdar, is a rich and influential man. He tells Fereshteh that now that Saeed is dead, he is no longer related to their family, and since Haj Safdar has two single sons at home and Fereshteh is not a mahram to them, he must leave their house. Meanwhile, she is not willing to leave the custody of Saeed’s two children to her mother (Fereshteh), unless she marries her brother-in-law Majid. The angel refuses and is forced to leave the children and go to his father’s house. Haj Safdar allows the angel to take the children to him only on Thursdays. One of these days, Fereshteh’s son says that Haj Safdar intends to send them to their aunt in Isfahan. Fereshteh discusses his problem with his colleagues and decides to flee to Dubai with his children, but on the day of Haj Safdar’s departure, when he is informed of the case, he stops them. 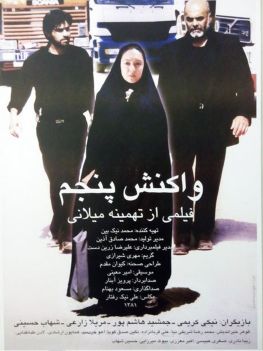