Vakilband: This film tells the story of a veteran prisoner who has now been released after a long time in prison, who wants to break up with him in a different way and change and change his whole life. 1316 In Tehran, he is an Iranian director who started his artistic activity with theater and experienced professional filmmaking in 1347 with the direction of the film Gharz-e Roozgar. He is the brother of Jafar Bozorgi (film and television actor). Among the director’s films, we can mention Bashrafs, A Man’s Reward, Professional, Tahir, Rangi Gholam, Gone Madar and Tayeb. Rambod Shokrabi was born in 1351 in Tehran. He started acting in 1994 with the film Transit made by Ali Sajjadi Hosseini. In 2010, he married Hadith Fooladvand.

Be the first to review “Vakile Band” Cancel reply 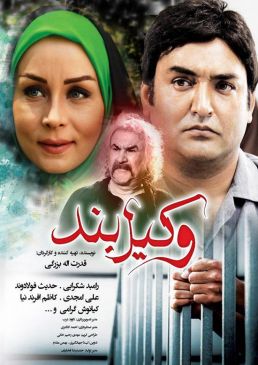