The film is about the time of picking walnuts, the story of a young cleric (Parsa Piruzfar) who chooses to live near the shrine of one of the mystics to purify his soul and study his lessons. There, he notices some wrongdoing against the custodian of the shrine and realizes that he has usurped this position. On the other hand, the young cleric becomes interested in the only daughter of this trustee named Hayat (Laden Mostofi), and Hayat also leans towards him, but there are problems for them. When to Pick Walnuts is a 2003 film directed by Iraj Emami and written by Fariborz Kamkari. ‘Walnut picking time’ is one of the films that entered the home theater network in Iran after being shown in cinemas for a long time and was not allowed to be shown. Perhaps one important reason was to portray the feelings of a young student. He is a student who has fallen in love with a young girl. 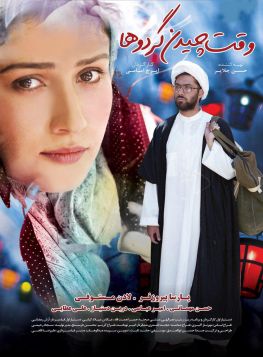