Growing up time: Sadri, a regular old man, and his longtime friend Assad, a middle-aged man who is divorcing his wife, are engaged in a business. With the marriage of Sadri and Nahid, Sadri will be in danger of losing his relationship with Assad during their marriage, friendship and work, and about the producer: Ali Soleimani is an actor in Iranian cinema and television. He was born in 1350. Ali Soleimani’s most important works include acting in the series “Capital 4”, the series “White Situation” and the film “Abu Ghraib Strait”. Ali Soleimani appeared in cinema for the first time and in 1995, at the age of 24, he acted in the film Journey to Chezabeh directed by Rasoul Malakalipour. Although the success of this work was not more than his next landmark works such as Paytakht 4, but it is a good experience for Ali Soleimani and he experienced collaboration with artists such as Masoud Keramati, Farhad Aslani, Habib Dehghanansab and Peyman Sanandajizadeh.

Be the first to review “Vaghte Bozorg Shodane” Cancel reply 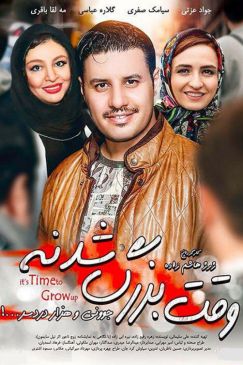