2009105 minComedy, Ejtemaei, Ghadimi
+ Playlist
Sign in to add this movie to a playlist.
0

The film is about a fraudulent youth who communicates with two sisters in different faces at the same time… About the director: Mohammad Banki is an Iranian film and television actor. He was born in 1323. Mohammad Banki’s most important works include acting in the film Hami, the film Weeds and the film The Golden Falcon. Mohammad Banki appeared in cinema for the first time and in 1349, at the age of 26, he acted in the film Bargah Shaitan directed by Manouchehr Ghasemi. Although the success of this work was not greater than its subsequent landmark works such as Hami, it is a good experience for Mohammad Banki and he collaborated with artists such as Abdullah Butimar, Shahin, Ibrahim Fakhar and Narsi Karkia. In 1994, Mohammad Banki spent a period of hard work in the field of cinema and television and has acted in important works.

Be the first to review “Two Sisters” Cancel reply 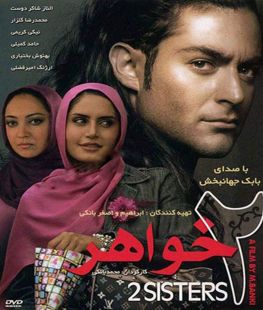