201483 minEjtemaei, Khanevadegi
+ Playlist
Sign in to add this movie to a playlist.
0

Bahman Sepehri comes to Iran from Germany after many years to sell his property, do inheritance work and return to Germany. Perry is a maid who enters Bahman’s old, dilapidated house to take care of the house for as long as she wants to do her chores. The dilapidated houses that Bahman has sold along with all the furniture inside. Perry’s life, on the other hand, has deteriorated in the same way: she has been evicted by her son Abbas and now lives in a crowded house, and has a very good relationship with the landlord’s daughter, Samaneh. Samaneh, who is a passionate girl, longs to go abroad, and when she realizes that Perry is working in Bahman’s house, she somehow enters the house. About the film Two Films Two, directed by Soheila Golestani, was made in 2014. This film is a product of Iran and is in the family and social genre.

Be the first to review “Two Iranian Movie” Cancel reply 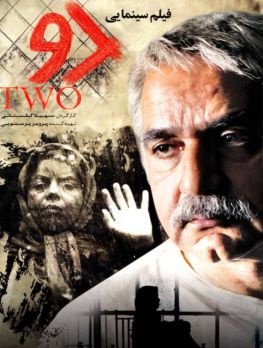