Two hours later, Mehrabad is romantically unloved and now the lover, who lost his wife in a plane crash, is faced with a deep question after voluntary isolation that requires a long and meaningful journey to find the answer. About the director: Alireza Farid is a writer in Iranian cinema and television. One of the most important works of Alireza Farid is his activity in Atosa Laughter, two hours later in Mehrabad. Alireza Farid started his career in cinema and in 1392 he worked as a director in the film Two Hours Later in Mehrabad. Although the success of this work was not more than his next landmark works such as Atosa Laughter, but it is a good experience for Alireza Farid and he experienced collaborations with artists such as Negar Hassanzadeh, Pejman Bazghi, Andisheh Fooladvand and Rabieh Madani. Alireza Farid spent a period of hard work in the field of cinema and television in 2014 and has been involved in the production of important works. 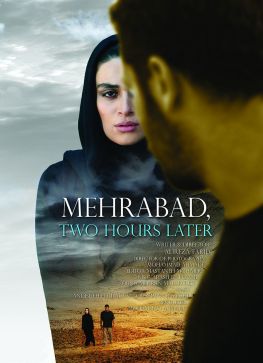