Tsunami is the focus of the film about the life of a taekwondo fighter (played by Bahram Radan) who faces various challenges in his competitions. فیلم This film, which is the first film of Milad Sadr Ameli, was produced for the first time in 1397 in Si And the seventh edition of Fajr Film Festival was screened. The distribution of this film was with Filmiran Company. At the box office, it sold for 365,544,000 Tomans. The soundtrack of the film is a work by Christoph Rezaei and Bahram Dehghani has edited it. The film was shot by Peyman Shadmanfar. Cast: Bahram Radan (Morteza Nejadi), Mehrdad Sedighiyan (Behdad Moghimi), Alireza Shoja Nouri (Ustad Khosravi), Rana Azadivar (Parisa), Fereshteh Hosseini (Targol Ebrahimi), Amir Mehdi Jouleh (Dashti), Mohammad Reza Ghaffari (Reza), Amir Shariat (Doctor) and Alireza Ostadi

Be the first to review “Tsunami Iranian Movie” Cancel reply 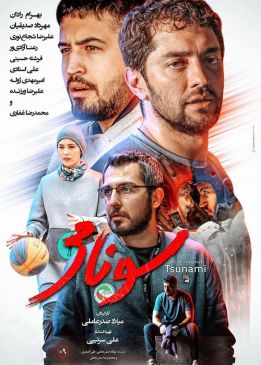