The film is about a woman named Reyhan (Sadr Arfaei angel) who has recently lost her husband. Her husband left her only a roadside coffee shop near Mako. The woman tries to maintain her independence, but her husband’s brother Nasser (Parviz Parastavi) throws a stone in front of the woman to force Basil to marry her. This film is a joint production of Iran and France and is set at the same time as Iran. Is to be shown in the UAE, Canada, the United Kingdom, and more recently in Greece and the United States. During the first days of the play in Tehran, this work, thanks to its extensive and effective publicity, has been relatively well received by the audience. The film was nominated for an award in eight categories at the Fajr Film Festival in 2004, and finally won the Crystal Simorghs for Best Screenplay (Kambozia Partovi) and Best Actress (Fereshteh Sadr Arfaei) and the first inter-religious award. In the ninth Iranian Cinema Festival in September 2005, which largely followed the tastes and policies of the Fajr Film Festival, this film again won the awards for Best Screenplay and Best Actress in a Leading Role. The film has been screened at film festivals in Toronto, New York, Chicago, Thessaloniki, Greece and Rio de Janeiro, Brazil.

Be the first to review “Transit Cafe 2005” Cancel reply 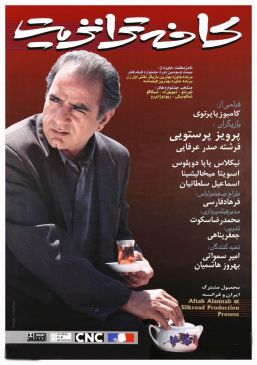