201575 minFantasy, Khanevadegi
+ Playlist
Sign in to add this movie to a playlist.
0

To find out the secret of the casket, Tetl opens the casket without the grandfather’s knowledge, but is unable to answer the casket’s questions, and Greg Khan learns of the goats’ hiding place. Tetl embarks on a long journey to find his mother and save the goats. In this film, actors such as Mehran Ahmadi, Amir Ghaffarmanesh, Hassan Majouni, Nader Soleimani, Nafiseh Roshan, Bahareh Afshari and Hadith Fooladvand have played roles and acted. About 8 actors have gone in front of the camera, which in terms of the number of actors can be considered a multi-acting film. From this point of view, directing the film has been very difficult considering the number of actors and their management; It should be examined whether Vahid Golestan as a director and as an actor as well as the acting team have been able to be successful in this field and show brilliant performances? Other actors in the film include Reza Feyznorozi. The average age of actors based on age is 48 years, which indicates that the actors are mostly middle-aged. Tetl movie directed by Vahid Golestan was produced in fantasy genre 6 years ago, in 1392, which is the first movie of Vahid Golestan. 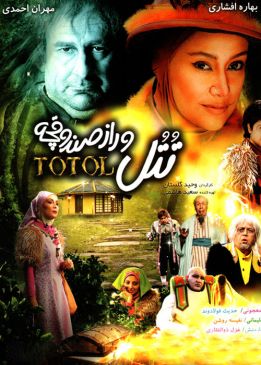