“Tawfiq Ajbari” is the story of an actor named Reza Golzar who has separated from his wife. Reza and his wife love each other, but some of Reza’s connections make his ex-wife pessimistic about him. Analysis: Forced Success is a film that in every sense falls into the category of commercial films. Using movie and TV stars, using the superficial and simple style of TV series, choosing a controversial subject (the private life of a superstar) all go hand in hand to make this movie a box office movie. And become popular. Even the opening sequence of the film, which shows “Golzar” dressed as a cleric, is an all-out effort to nail the so-called audience. (However, with a bad performance and a very bad game, Golzar has publicly become one of the worst scenes in the film. The director does not expect much from his actors. His previous appearances in TV series should not do anything else. This is also true of Bahareh Rahnama, Ahmadpour Mokhber, and… Most of the comic situations in the film are formed by the confrontation of a character like “Attaran” against “Golzar”, which, of course, the director’s intelligence in choosing such an arrangement is commendable. 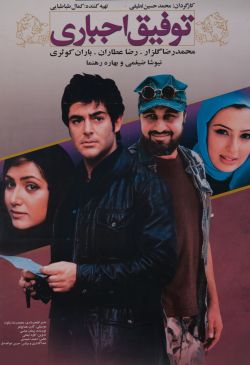