1985113 minEjtemaei, Ghadimi, Mystery
+ Playlist
Sign in to add this movie to a playlist.
0

In the Synopsis of the Blade and Silk, at a meeting in Bangkok, it was decided to ship 20 tons of pure heroin to Iran for distribution at universities, schools, factories and battlefields. A young man and woman reveal their connection to the International Drug Trafficking Network after being arrested during interrogation. The woman commits suicide in prison and the man gives his information to the interrogator about his father’s connection to the drug trafficking and distribution network. کار About the director: Masoud Kimiaei is an Iranian film and television writer. He was born in 1320. Among the most important works of Masoud Kimiaei are his activities in the film “Kaiser”, the film “Domestic Killer” and the film “Deer”. Masoud Kimiaei started his career in cinema and in 1347, at the age of 27, he worked as a director in the film Alien Come.

Be the first to review “Tigh Va Abrisham” Cancel reply 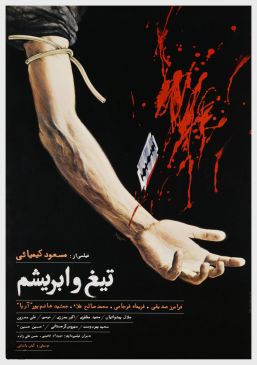