201473 minComedy, Ejtemaei
+ Playlist
Sign in to add this movie to a playlist.
0

These women: This film tells the story of a woman who is a company manager and a rich man who tries to put too much pressure on his employees due to an unsuccessful marriage in his life, which causes the intervention of one of the employees’ wives. You are a fan of comedy movies, do not miss this comedy and beautiful movie, and you can download the excellent quality of this movie from a site called Iran. About the director: Abbas Raziji (born April 10, 1984 in Ahvaz) is a director, producer and writer. Graduated from Ahwaz High School of Visual Arts, graduated with a bachelor’s degree in acting from the Faculty of Arts of Arak Azad University in 2005, graduated from the Faculty of Arts and Architecture from Tehran in 2010 with a degree in directing. Acting and then with the assistant director and now with the director.

Be the first to review “These Women” Cancel reply 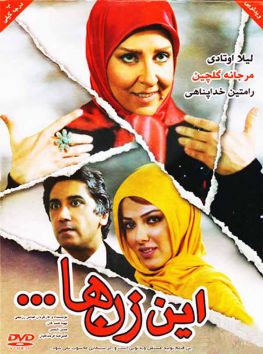