201897 minEjtemaei, Khanevadegi
+ Playlist
Sign in to add this movie to a playlist.
0

Father’s House: This film, which tells the story of the events of an old house from 1308 (early Reza Shah’s reign) to 1379, depicts the problems of Iranian women in the last seventy years. The honorable life of 15 to 80 years old, who blames herself for the death of her older sister, has been portrayed in several episodes depicting the problems of Iranian women in the last seventy years. In this film, Nasser Hashemi (young role) and Mehdi Hashemi (middle-aged role) play the main character of this film, whose life story is depicted from the age of fifteen to eighty. The film, which was released in January 2015, faced problems in being screened due to a violent scene, and was pulled down from the screen on the first day of public release. After five years, the film “Father’s House” was released in Iranian cinemas on November 22, 2009 with minor corrections and was classified as over 15 years old, but after five days, it was banned again by a direct order of the prosecutor’s office.

Be the first to review “The Paternal House” Cancel reply 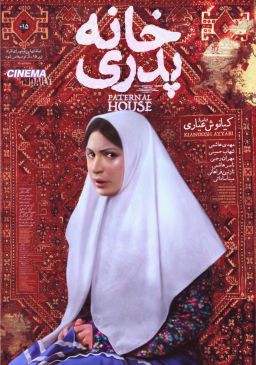