2019105 minEjtemaei, Mystery, Tarsnak
+ Playlist
Sign in to add this movie to a playlist.
0

That Night: Filmed in the United States, the film tells the story of a young couple who find themselves trapped in an old hotel with their one-year-old daughter. Despite striving for a pleasant stay in this strange and eerie hotel, an external force forces them to reveal their inner secrets that they have hidden from each other. They carefully subdue everything and everyone in their path. The film also stars George Maguire as an actor. Awards for Best Director, Best Actor and Best Screenplay to Cyrus Ahari, Shahab Hosseini and Milad Jermouz from the 39th Spanish Moulin de Rey Horror Film Festival / 2 Azar 99 The film “That Night” will be screened in the United States in February. IFC Midnight is responsible for distributing this psychological horror film in foreign markets.

Be the first to review “The Night” Cancel reply 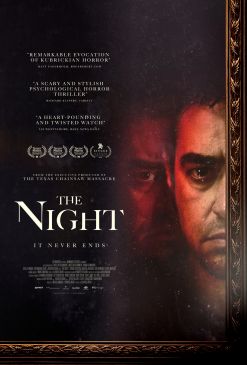