A Japanese runner and actor named Hazama Kampe decides to start running around the world from Japan. He takes a yacht to the United States by sea, and after running in the United States, he reaches Europe and intends to enter Iran through Turkey, where he finds out that he has cancer in Turkey. یاد .. Kamal Tabrizi’s note , Director of “Earth Runner”: Life means movement! Whichever way you believe! Stay, rot and death! Move to stay alive! Blood on the move, alive! The water in the flow is clear and transparent! The sea is known for its waves. Birds are distinguished by flight. The movement of the mind in the mind leads to creativity. Life begins with movement. The earth is spinning. The stars are twinkling. The moon changes size. The wind is accelerating. The fire is restless. Atomic particles are spinning, and cosmic systems are expanding at the speed of light! The essence of the universe and the universe in their movement, are renewed moment by moment! It is God’s beloved movement and stillness is His abomination! The source and motivation of the divine messengers is the awakening and mobility of the people. Peace be upon those who accompany their movement, creation and nature.

Be the first to review “The Earth Marathon” Cancel reply 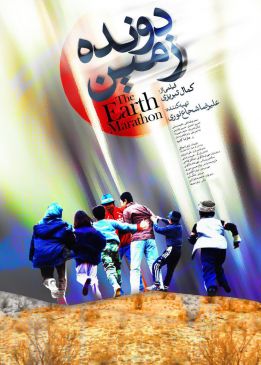