Texas Movie: The story of this movie is about two friends named Bahram (Pejman Jamshidi) and Sasan (Sam Derakhshani). Sasan lives in Brazil and Bahram also wants to settle in Brazil. So he decides to take care of a Brazilian child and pay Sasan a lot of money in return. Alice’s brother (Sasan’s fiancé) owes a large gangster named Carlos and wants Alice to marry him in exchange for money. Sasan also wants to spend Bahram’s money on his wife’s debt, but Bahram has no money. Bahram, meanwhile, wins a lot of money in a diaper lottery, but because he accidentally hits the world football star and escapes, he is chased by Brazilian police, as well as Carlos.

Be the first to review “Texas Iranian Movie” Cancel reply 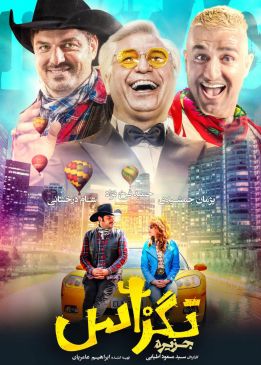