President’s mobile phone: An old man whose job is a porter and intends to buy a SIM card and a mobile phone, which, ironically, has been traded off the president’s silent SIM card for years. Ali Atshani is an intelligent and punctual filmmaker. He more or less knows the language of cinema and always tries to touch on topics that other filmmakers either do not realize its importance or do not have the means to go to these subjects, but none of his films have become complete and self-sufficient works so far. It has an acceptable script and a brilliant original idea, but some considerations, especially in the area of ​​auditing and licensing, have inadvertently turned it into a conservative script. Following the screening of the film for a high-ranking government official, its public release license was revoked on the due date and the decision to release or not to release it was postponed. According to the circumstances and evidences of this film, which has a story related to the person of the president, it has already been banned and it is predicted that this incident will be a reaction in the continuation of the Nowruz release margins. A year later, the film was lifted with minor modifications. 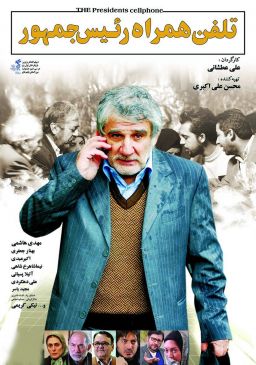