201696 minAnimation, Drama
+ Playlist
Sign in to add this movie to a playlist.
0

The film parallels the lives of several people living in Tehran and shows that all of them are experiencing sexual crises in society. Perry (Elmira Rafizadeh) has turned to prostitution to support herself and her five-year-old son, who cannot speak. Babak (Arash Marandi) is a music student who is pressured by his girlfriend, Donya (Negar Naseri), to pay for his virginity surgery. Sarah (Zahra Amir Ebrahimi) in the meantime, as a housewife, tries to reproduce the image of an obedient woman who is always obedient to her husband, as she is expected to do. Some Persian-language media in Europe and the United States have described the film as “taboo-breaking” and others as captivating stereotypes about Iranian society. “Tehran Taboo” deals not only with the taboo of sex in Iranian society, but also with the wider range of silence regarding sexual relations, the oppression of women and youth, the poverty and corruption that Iranian society is grappling with. Tehran Tabu – Tehran Tabu

Be the first to review “Tehran Taboo 2017” Cancel reply 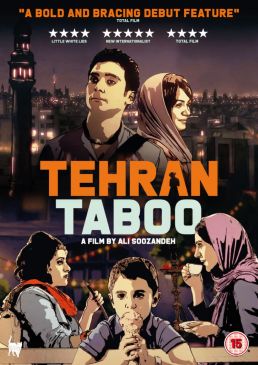