201582 minEjtemaei, Mostanad
+ Playlist
Sign in to add this movie to a playlist.
0

Iranian Taxi is a documentary by Jafar Panahi, which premiered in the competition section of the 65th Berlin International Film Festival, and eventually won the Golden Bear Award at the Berlin Film Festival. Panahi could not attend the festival due to a travel ban from Iran, and his award was received by his niece Hana Saeedi. Taxi is the third film made by Jafar Panahi during his deprivation of filmmaking in Iran, after “Curtain” and “This Is Not a Film”. The film has a documentary structure, was made with limited facilities and the story takes place in a taxi in Tehran, driven by Jafar Panahi. At the beginning of the film, there is a suspicion that the passengers are not aware of the existence of the cameras and the topics discussed are accidental, but the film reinforces this notion.

Be the first to review “Taxi Tehran 2015” Cancel reply 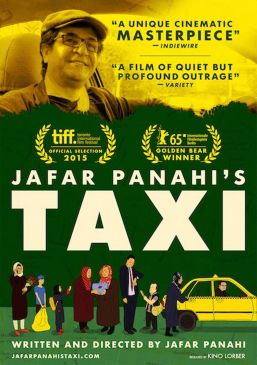