201789 minDrama, Khanevadegi
+ Playlist
Sign in to add this movie to a playlist.
0

The story of the movie is only about Firoozeh, a girl who, due to the unfortunate circumstances of her life, goes to night parties and in one of these parties, she meets a person who thinks that her presence is a cure for her pains, unaware that she is on sinister plans. Raises… Only actors such as Mirtaher Mazloumi, Amir Mohammad Zand, Mehdi Moghadam, Giti Ghasemi, Niloufar Shahidi, Bita Kheradmand and Maryam Ardish have played roles and acted. In the film, only about 8 actors are in front of the camera, which in terms of the number of actors can only be considered a multi-actor work. From this point of view, directing the film has been very difficult only considering the number of actors and their management; It should be examined whether David Biddle as a director and as an actor as well as the acting team have only been able to succeed in this field and show brilliant performances? Of the other actors in the film, only Fatemeh Azazi can be mentioned.

Be the first to review “Tanha Iranian Movie” Cancel reply 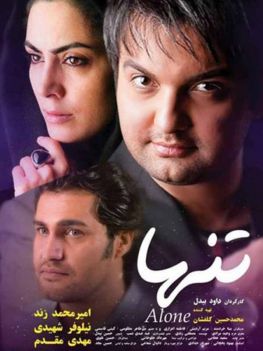