This film is a narration of the defense of the Ammar Yasir Battalion of the 27th Division of Muhammad Rasoolullah against the Ba’athist regime’s invasion of Fakkeh and Sharhani in the last days of the war. The Iraqis have to cross the barrier of a gorge-shaped base that faces fierce resistance from Iranian forces. Production on the Abu Ghraib Strait film began in mid-September 1996. After writing the script, the work of selecting the actors behind the camera began. After that, the casting was done and the film went in front of the camera. The shooting of this film was done in the cinema town of Holy Defense, Khorramshahr, Andimeshk and Dezful, and its shooting was completed after about 2 months from December. Amir Hossein Ghasemi voiced and Hamed Sabet composed the Abu Ghraib Strait. This film was screened in the 36th Fajr Film Festival in addition to Tehran, on February 6, 1996 in Tabriz.

Be the first to review “Tange Abooghorayb” Cancel reply 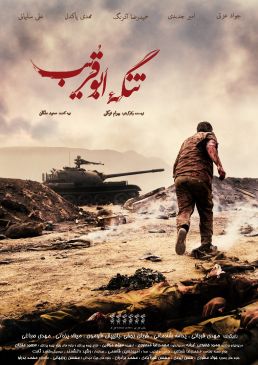