201584 minBiography, Drama
+ Playlist
Sign in to add this movie to a playlist.
0

Three young men go to an old man’s house over the weekend… “Tamarez” made it to the Berlinale Forum. This section is for experimental feature films, with an emphasis on the works of young filmmakers from all over the world, and in different years prominent filmmakers have been present in this section with their films, among them the famous German filmmaker Michael Hanke (16), Bellatar with “Warkmeister Harmonies” in 1995, and Nouri Bilge Ceylan with his first film “The Town” in 1985, In the Forum section of the 67th Berlin Film Festival, seven associations, including the International Film Critics Association, the International Confederation of Cinema Art, and… with independent judging panels, awarded awards to films in Donate this section. “Tamarez” will be screened in five separate screenings at the Berlin Film Festival, with a total capacity of more than 3,000 spectators. The film tells the story of three young boys who go to an old man’s house. The filming of “Tamarez”, produced by Maryam Shafiei and directed by Hamid Khodouei Abyaneh, ended after two sessions late last year. After filming, Hayedeh Safi helped edit the film, and after that, Bamdad Afshar completed the music and sound design. ..

Be the first to review “Tamaroz Iranian Movie” Cancel reply 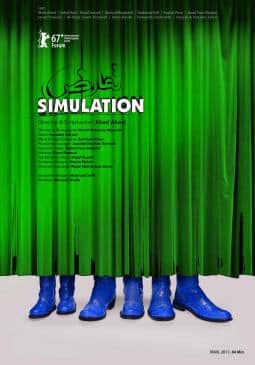