2020Action, Jangi
+ Playlist
Sign in to add this movie to a playlist.
0

The sniper movie is a narration of the life of martyr Abdul Rasool Zarrin. He is the greatest sniper of contemporary wars. Kambiz has been playing the role of the golden martyr for a long time. Martyr Zarrin has fired from 700 to 3,000 successful shots, and his characteristic of snipers around the world is that he is more proud of the people he did not shoot than he was proud of his successful shots. Also, unlike “American Sniper”, this film depicts the mystical and epistemological aspect of the Iranian sniper. Abdul Reza Nasari plays the role of the Ba’athist commander. Alireza Kamali and Amirreza Delavari have also gone in front of Saeed Barati’s camera in recent days. Therefore, according to the report, the movie “Sniper” directed by Ali Ghaffari and produced by Ebrahim Asghari will be one of the notable works of Fajr Film Festival. This work is about the martyr “Abdul Rasool Zarrin”. The courage of this martyr was such that Martyr Haj Hossein Kharazi called him the Golden Single Battalion.

Be the first to review “Taktirandaz” Cancel reply 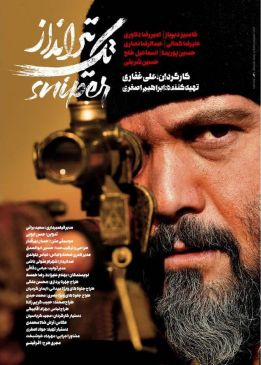