Gas Board movie: In the summary of the story of Gas Board, it is stated: Suleiman drives the train of laughter in order to prove that he is a man in the family and community of Gas Board; Because he has been questioned for a thousand and one reasons, and he himself has become aware of this and has tried to eliminate his shortcomings, and the name of the movie is “Gas Board”. It should be covered so that no one sees it, and ironically, it has contradictory effects on the main character and anyone who apparently reads it. In the film’s ridiculousness, it is enough that the boy in the film states that his reason for dancing and singing with his father and uncle is “theater rehearsal”. But this style of films still has its audience in Iranian cinema and they enjoy watching it. If you like Sam Derakhshani’s recent films such as Texas 2 and Camel Coat, I suggest you do not miss this film.

Be the first to review “Takhte Gas” Cancel reply 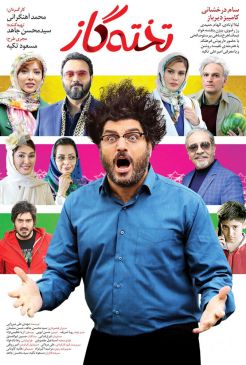