Amir and Sarvar are two former students of the Cinema and Theater School who meet after 20 years on the night of Eid 90. “Tajrish, Unfinished” has been released after three years and these days a memorable romance has been released. A film made by a young director for a middle-aged audience. However, Tajrish can also be considered by young people. Has struck. The film was produced in the winter of 1990, but its late public screening does not bring this break to the viewer’s mind. Pooria Azarbayjani, one of the young directors of Iranian cinema, mentioned the name of the film in her initial remarks and said: “The original name of the film was unfinished, unrequited romances.” It was all that was selected for it in 1390, but the audits included the name of the film and the name of the film was changed, so that it also had a nominal connection with my first film with the name of incomplete narratives.

Be the first to review “Tajrish Natamam” Cancel reply 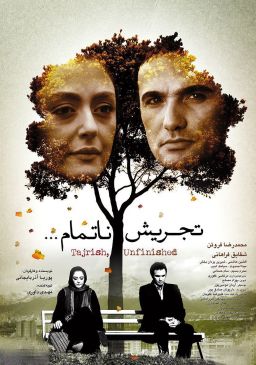