200382 minAction, Ejtemaei, Ghadimi
+ Playlist
Sign in to add this movie to a playlist.
0

The big drum under the left foot: In the summary of the story of the big drum under the left foot, Haft is the only survivor of a group of the Iranian army left in the rubble of the Iranian forces; And collects the bodies of the killed Iranians. Meanwhile, Commander Yahya and his soldier Mehran, the only survivors of the Iranian company that took part in last night’s persecution operation, have just arrived and taken refuge in Hafez embankment. Mehran is injured in the left leg. Due to the severity of the injuries, the commander, with the help of Hafez, amputated Mehran’s left leg while he was anesthetized. The problem of acute water shortage has plagued Mehran and Mehran has plagued the whole group. On the other hand, it seems that it has quenched the thirst of the Iraqis in the front trench. Eventually, Hafez raised the white flag and headed for the only pool of water between the Iranian and Iraqi embankments to fetch water. From the Iraqi embankment, a soldier with a white flag went to the pond and picked up water. The sound of artillery shelling near the Iranian stronghold; This disrupts the local fire. 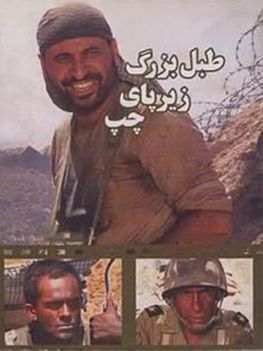