Hessath film: Mr. Kamali, a seemingly religious man, buries his wife in a two-story tomb after his death. He then travels to boost his spirits, but when he returns, he realizes that the seller of the tomb is a swindler and has sold another floor, which belonged to Mr. Kamali; And now a stranger is buried in his grave next to his wife. Reza Attaran received the lead male role in the 32nd Fajr Film Festival for this film Crystal Simorgh. Kamal Tabrizi: One of the most well-known directors after the Islamic Revolution, whose famous works such as “Lily is with me” and “Lizard” can be seen in his artistic career, which makes his name stand next to the great directors of Iranian cinema. The screening of this film started on March 6, 2009 and until April 1, 1993, without any advertisements on television, it was able to sell one billion and four hundred and fifty million tomans in Tehran. By the end of April, 93 sales reached a significant figure of 4 billion tomans. Although the film was screened in eighty cinemas, a number of other cinemas also called for its release. 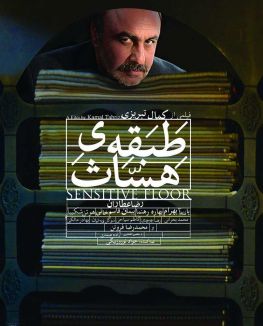