Aftab Mahtab Zamin: A middle-aged cleric named Agha Sheikh inherits a large plot of land in a village at the behest of his teacher. But he faces concerns in the village that he hesitates to do. A man named Malik in the village tries to make the people pessimistic about Agha Sheikh, but شی As Agha Sheikh stays longer, the villagers become suspicious of him and become more pessimistic about him by provoking a person named “Malik”. . He gradually realizes that the will was in fact a mystical test by the master. Sheikh’s emotional relationship with a little girl and then observing the work and efforts of the people has put her at a difficult crossroads… This film is more of a poetic, mystical and symbolic painting; Up to a movie with technical criteria. With the language of symbols and elements of nature, the director has made a not-so-successful attempt to encourage man to break out of this dust and move towards the sun, while condemning man to a connection with the earth.

Be the first to review “Sunlight Moonlight Earth” Cancel reply 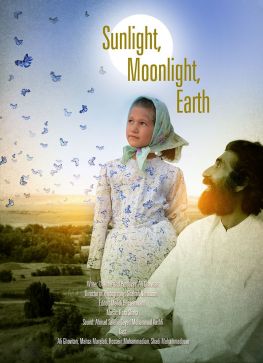