Sahar (Niki Karimi) and Saman (Shahab Hosseini) are two young filmmakers who aspire to a professional filmmaking, but the only thing they have achieved so far has been making promotional and documentary films! While making their new film, the two need to re-shoot one of the scenes in their film, but the problem is that the teenage actor of this scene, Maliheh (Hasti Mahdavifar), is not with them now, and now they have to go everywhere. Look for him !. Eventually, after much searching, Sahar manages to find Maliha, but later realizes that Maliha’s mother is in big trouble.

Be the first to review “Soute Payan” Cancel reply 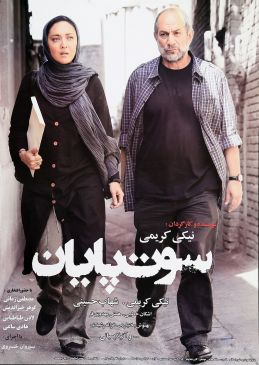