201499 minEjtemaei, Khanevadegi
+ Playlist
Sign in to add this movie to a playlist.
0

The story is about seven days in the life of a thief who has just been released from prison and the divorce of his wife and the absence of his only daughter has put him in a bad situation. The young man decided to stop stealing on the first morning after his release. It does not take long to stay away from the temptations of theft, and in the days that follow, the young man is starved; It prevents him from making this decision. Analysis: On the morning of the seventh day, a work is carefully directed and the effort to control all the components is admirable. The main strength of the film is its precise and detailed script, which can make a simple story boring by repeating it with gentle and timely directions, using small story twists, as well as playful use of comic situations into fascinating and rich stories. It has turned from suspension and surprise. On the morning of the seventh day, it has given its lively and comic effect without resorting to slapstick hoses, fingering moral red lines and relying on spoken humor, and this is doubly important compared to the common view of comedy cinema in Iranian cinema in recent years. Finds. The morning of the seventh day is a good example of a situation comedy for Iranian cinema, and most of the comedy situations in it, like other dramatic aspects of the film, are based on the basic approach of the script, which is “repetition”.

Be the first to review “Sobhe Ruze Haftom” Cancel reply 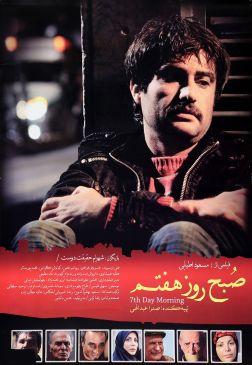