Ash Morning tells the story of two brothers who are separated, one living in Iran and the other in England. “Mehran” is the commander of one of the squads of the Iranian army. His brother, who lives outside of Iran, decides to come to Iran with his foreign wife to visit him and hold a wedding ceremony in accordance with his country’s traditions. On the way back to England, the bus carrying them is attacked by terrorists and the young boy and his wife are killed. “Mehran” finds out about this and goes to England to take revenge on his brother. About the director: Hassan Nazer is the director of Iranian cinema and television. One of the most important works of Hassan Nazer is directing the film We Are All Sinners, Armanshahr. He started his professional career in cinema and in 2014 he worked as a director in the film Armanshahr. Although the success of this work was not more than its next landmark works such as We Are All Guilty, it is a good experience for Hassan Nazer and he experienced collaborations with artists such as Homayoun Ershadi, Martin Malala Zakaria, Andrew Shaver and Aaron Bali. He also spent a lot of time in the field of cinema and television in 1394 and has been involved in the production of important works. Hassan Nazer’s most important work this year is his role in We Are All Sinners as a director. 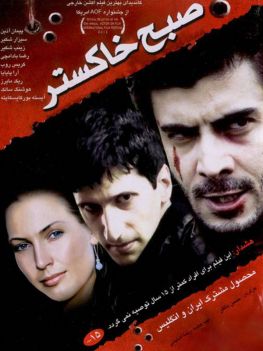